Home
Market
Sales at U.S. Retailers Increase in Sign of Steady Consumer
Prev Article Next Article
This post was originally published on this sitehttps://i-invdn-com.akamaized.net/news/LYNXMPEB5A0UR_M.jpg 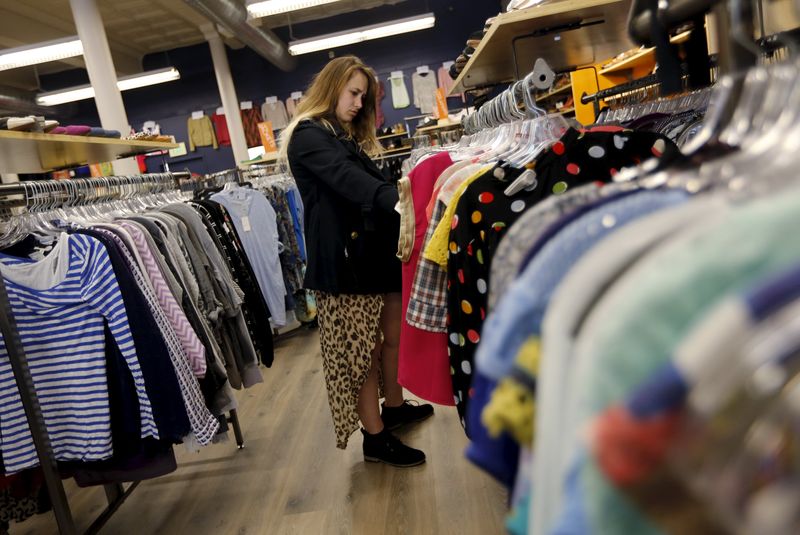 (Bloomberg) — U.S. rose in January for a fourth straight month as cheaper prices at the gas pump encouraged Americans to spend on other goods, underscoring steady consumer spending.

The value of overall sales climbed 0.3% after a downwardly revised 0.2% increase the prior month, Commerce Department figures showed Friday. Excluding receipts at filling stations, retail purchases increased 0.3%, the most in five months.

Steady demand at retailers indicates the consumer remains the economy’s key fuel source. Resilient hiring and wage growth are helping to boost both sentiment and spending. Economists forecast household outlays to increase in the first quarter at about the same pace as the end of 2019.

One caveat in today’s data was the “control group” subset of sales, which was unchanged in January after a downwardly revised 0.2% December gain. The measure excludes food services, car dealers, building-materials stores and gasoline stations, providing a reading that’s tied better to underlying consumer demand.

The retail sales report showed nine of 13 major categories increased, including the largest gains at building materials outlets and non-store merchants since August. Receipts at general merchandise stores were the strongest in six months, while sales at furniture and home furnishing stores were the best in four.

Federal Reserve Chairman Jerome Powell said in congressional testimony this week that there’s no reason that a scenario of generally strong job growth and rising wages can’t go on. Central bankers have held rates steady to extend the record-long expansion.

The labor market was stronger than expected in January, faster wage growth. At the same time, job openings fell to a two-year low in December, indicating employment growth may soon cool.

Sales at car dealers rose 0.2% in January. Excluding automobiles and gasoline, retail sales advanced 0.4% after a 0.5% gain the previous month.

A separate Labor Department report Friday showed the U.S. import price index was unchanged in January from the prior month and up 0.3% from a year earlier, indicating tame inflation.