Home
Stocks
Key Words: Biden says he won’t sign trade deals without environmentalists and labor at the table
Prev Article Next Article
This post was originally published on this site 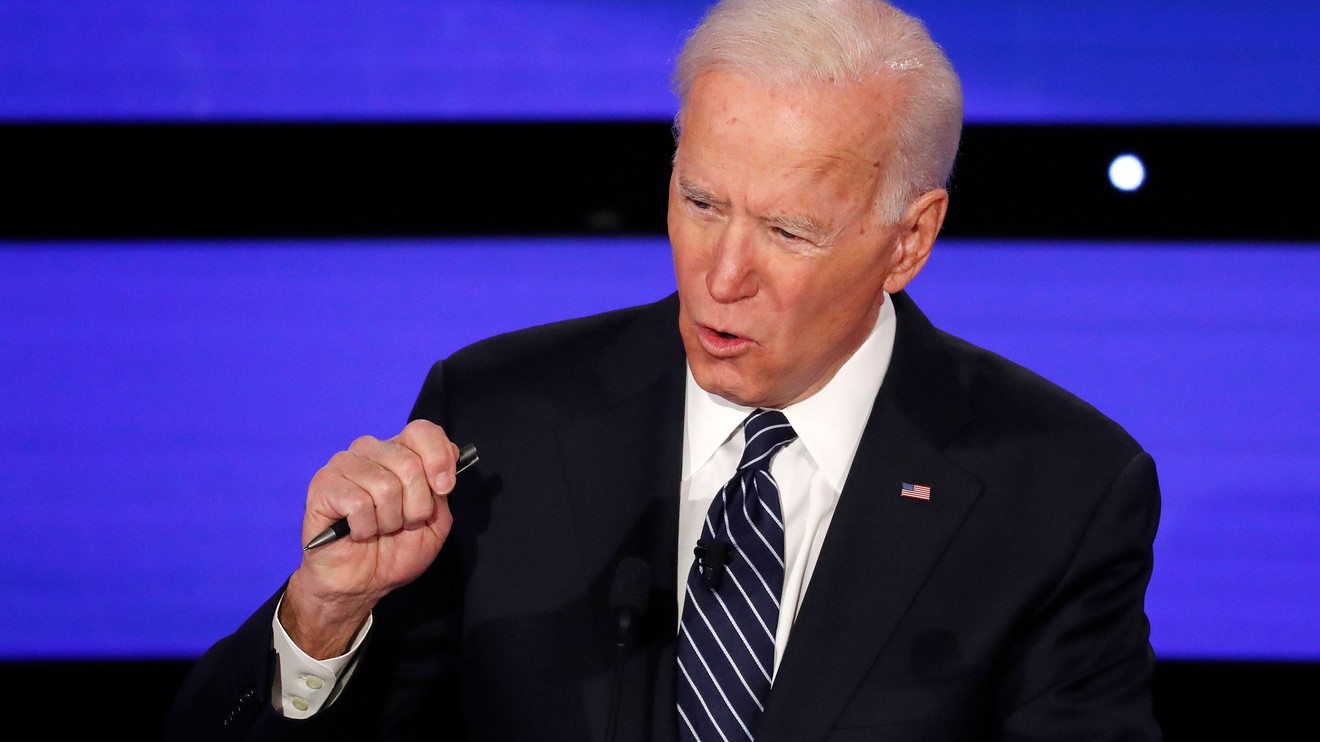 ‘There will be no trade agreement signed in my administration without environmentalists and labor at the table.’

Former Vice President Joe Biden laid down a marker for signing trade agreements if he’s elected president, saying environmentalists and labor would have input in any deal.

Biden joined five of his fellow Democrats on stage Tuesday night in Des Moines, Iowa, in the first presidential debate of 2020. The face-off comes about three weeks before the first-in-the-nation Iowa caucuses, and a day before President Donald Trump is scheduled to sign an initial trade pact with China.

The Senate is also expected to vote as soon as this week on the U.S.-Mexico-Canada Agreement, or USMCA. Sen. Bernie Sanders reiterated his opposition to that trade deal, while Sen. Elizabeth Warren called it a modest improvement over existing agreements. Biden has said he supports the deal to replace the North American Free Trade Agreement.

In an average of polls of Iowa voters, Biden and Sanders are essentially tied, while Warren is in fourth place behind former South Bend, Ind., Mayor Pete Buttigieg.