Home
Market
Retailer Auchan to cut 517 jobs in France
Prev Article Next Article
This post was originally published on this sitehttps://i-invdn-com.akamaized.net/trkd-images/LYNXMPEG0D0SK_L.jpg 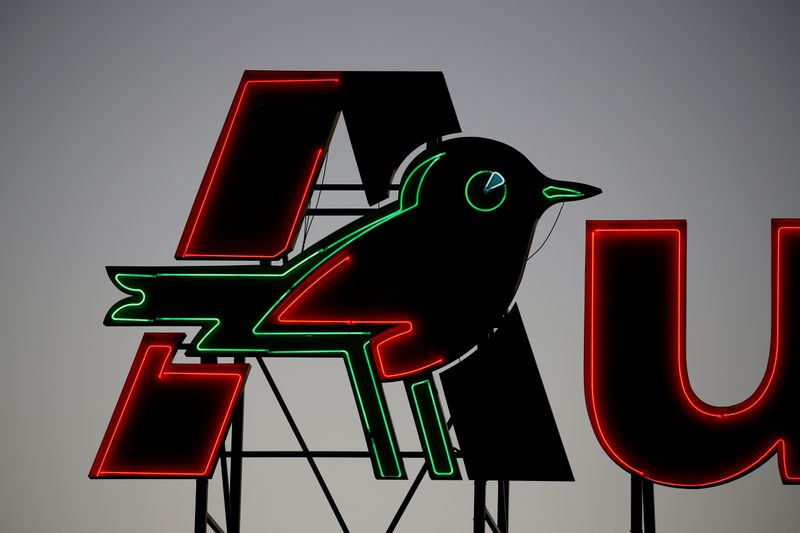 © Reuters. FILE PHOTO: The logo of Auchan is seen on the roof of an Auchan supermarket in Escaudoeuvres

PARIS (Reuters) – Retailer Auchan [AUCHF.UL] said on Tuesday it planned to cut 517 jobs in France as part of efforts to reduce costs to cope with fierce competition from the likes of Amazon (O:) as well as changing shopping habits.

Unlisted Auchan Retail, the retail arm of the Auchan group, said the plan, which also includes a greater focus on e-commerce and local products, involves the voluntary departure of head office and support services staff in France. Auchan employs about 75,000 people in France.

Auchan, like French rival Carrefour (PA:), has suffered because of its heavy reliance on large hypermarket formats when customers have been shifting to shopping more locally and online.

“Volume retailing, born in the 60s and 70s to make the broadest offer accessible to the greatest number of people is now being shaken up by new entrants,” Auchan said in a statement. The company said the advent of online as well as emphasis on healthy and sustainable eating had had an impact on the food retail business in general.

Rival Carrefour is already in the middle of a five-year plan to cut costs, boost e-commerce and accelerate expansion into convenience stores and locally sourced food.

In August 2019, Auchan Retail said it aimed to achieve an earnings before interest, taxes, depreciation and amortisation (EBITDA) margin of 6% by 2022 and for that it would need to seek additional savings of 1.1 billion euros.

U.S. online giant Amazon announced earlier this month it will create more than 500 jobs with the opening of a new fulfillment center in Senlis, north of Paris, in May 2020.