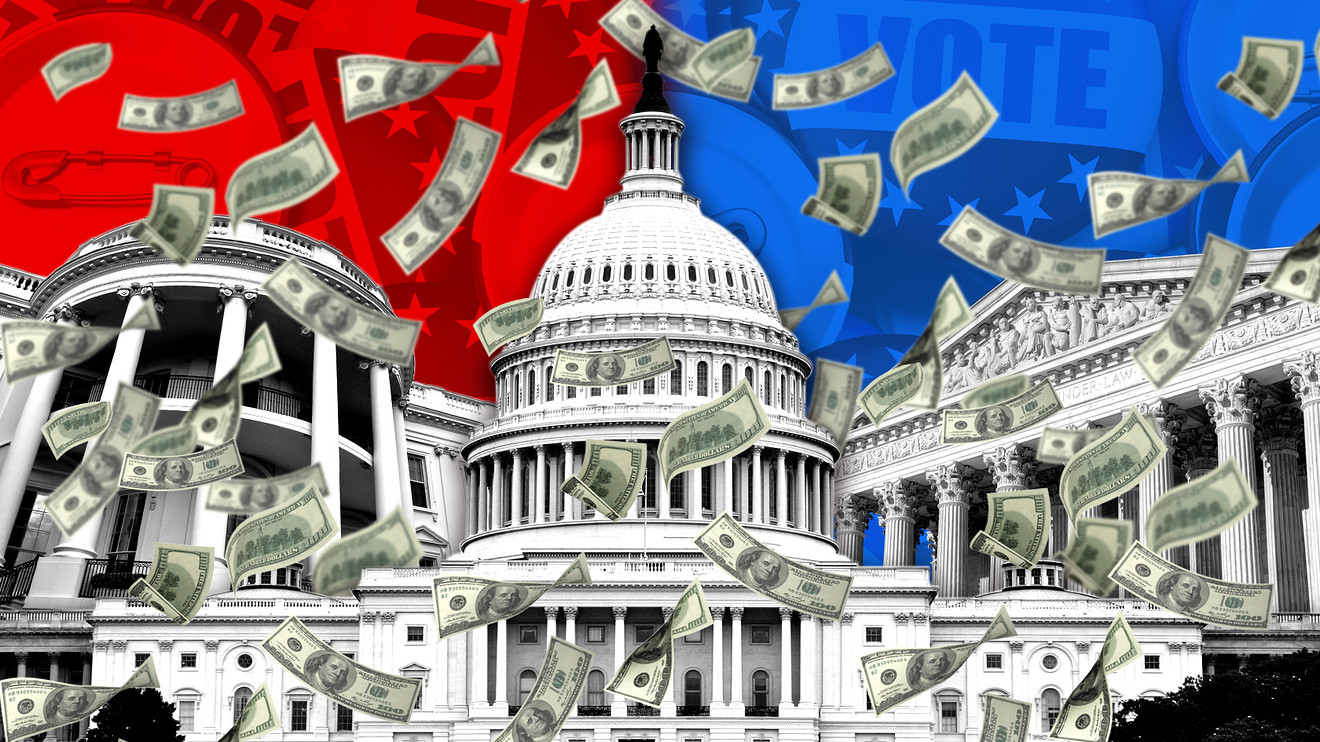 The campaigns of Republican and Democratic politicians frequently have worked in tandem with super PACs and other big-money organizations that are legally required to be independent from the candidates, says a report released Tuesday by nonpartisan reform group Issue One.

“We’ve seen a proliferation of political operatives, on both sides of the aisle, trying to outsource traditional campaign activities to super PACs and dark-money groups that can accept unlimited contributions from individuals, labor unions and corporations,” said Michael Beckel, Issue One’s research director.

“Our country’s anti-corruption laws are left in shambles when big money flows into super PACs and dark-money groups that find ways to evade the anti-coordination rules on the books,” he added.

A super PAC is an independent political action committee that aims to influence an election but isn’t supposed to contribute directly to a candidate or coordinate with him or her. Dark money refers to election-related spending by groups that don’t disclose their donors, and it has become a growing force following the 2010 Supreme Court ruling in Citizens United v. Federal Election Commission that struck down a ban on political spending by corporations.

The instances of potential coordination highlighted in Issue One’s report include candidates getting around laws that bar them from raising big money for independent groups by appearing at a group’s events but leaving it to other people to explicitly ask for contributions. The report says President Donald Trump has done this during the 2020 election cycle with a super PAC called America First Action, and Hillary Clinton and Barack Obama did it four years ago and eight years, respectively.

Another example of possible coordination is candidates and independent groups using the same vendor for campaign-related work while not having firewalls in place that would prevent illegal collaboration. Issue One’s report — which was set to get published online at CoordinationWatch.org — says Trump’s 2016 campaign and two pro-Trump outside groups employed the same individuals to buy their ads.

Former 2020 Democratic presidential hopeful Jay Inslee also comes under fire in the report because a super PAC called Act Now on Climate urged people to support the Washington governor and linked directly to his White House campaign’s website. That could be seen as an unlimited-money group helping a candidate try to reach a small-donor requirement for debates.

In addition, Act Now on Climate is flagged in Issue One’s report for providing targeting information to Inslee’s failed 2020 campaign. The campaign told The Daily Beast that it wasn’t using the information.

Other instances of potential coordination highlighted in the report were candidates launching an outside group before entering a race or posting video footage that independent groups could use in ads.

Issue One has blasted the federal government’s election watchdog for not cracking down on any possible coordination.

“It’s disturbing that the Federal Election Commission has failed to find a single violation of anti-coordination rules in the past decade when there have been rampant violations on both sides of the aisle,” Beckel said.

Issue One is among the nonprofit organizations that have called for new FEC commissioners so the watchdog can have the quorum that’s necessary to conduct most official business. The Campaign Legal Center also has lobbied for a full slate of commissioners, adding that there shouldn’t be any nominees who would use their position to prevent enforcement of laws and “continue the FEC’s longstanding dysfunction.”

Issue One also is calling for Congress to pass the Political Accountability and Transparency Act. The legislation, co-sponsored by three Democrats and three Republicans, has been promoted as a way to make outside groups operate in a way that’s truly independent from candidates.