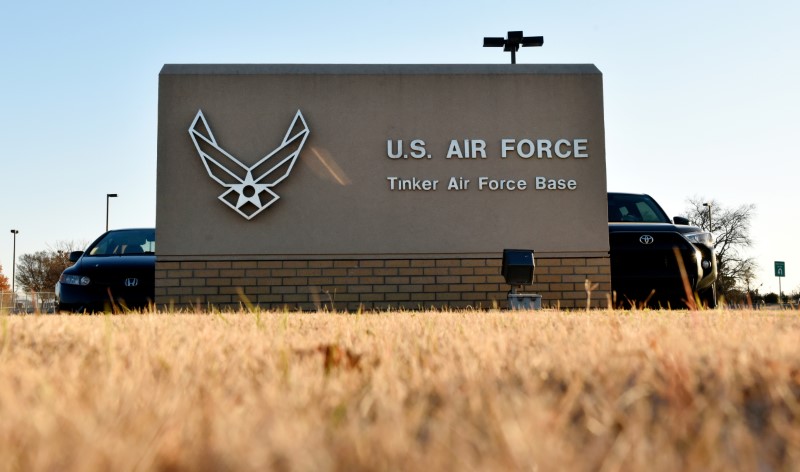 (Reuters) – Air Force investigators raided the Oklahoma City offices of a major military landlord Tuesday morning, seizing computers and other material, in what the company said was part of an investigation into asbestos contamination.

The landlord, Balfour Beatty Communities, has been the focus of Reuters reports describing how it falsified maintenance records at several bases, allowing the company to collect millions in incentive bonus payments while military families awaited repairs. One of the bases Reuters described was Tinker Air Force in Oklahoma, the subject of Tuesday’s raid.

Linda Card, chief of public affairs for the Air Office of Special Investigations, confirmed the raid took place in cooperation with other federal agencies, but said she had no further details to share.

In a statement, Balfour Beatty said the federal action was related to a subpoena issued by the Environmental Protection Agency.

“The investigation is connected to the matter of asbestos flooring removal that was reported in September 2019. When that event occurred, BBC promptly and voluntarily reported the incident to the local Oklahoma Department of Environmental Quality,” it said. “The company will continue to cooperate fully with the investigation.”

At Tinker, Reuters in June documented how one family was left for months with deteriorating asbestos flooring even as Balfour Beatty’s maintenance records said, incorrectly, that the problem had been quickly fixed.

The Federal Bureau of Investigation and the Air Force Office of Special Investigations have been investigating allegations of fraud at Tinker and two other Air Force bases where the company is landlord, John Henderson, the Air Force assistant secretary for installations, told Reuters last year. They are Travis in California and Fairchild in Washington State. Air Force agents are investigating additional fraud allegations at Mountain Home in Idaho and Lackland in Texas.

Balfour Beatty said it has hired an outside lawyer and auditor to examine the allegations.