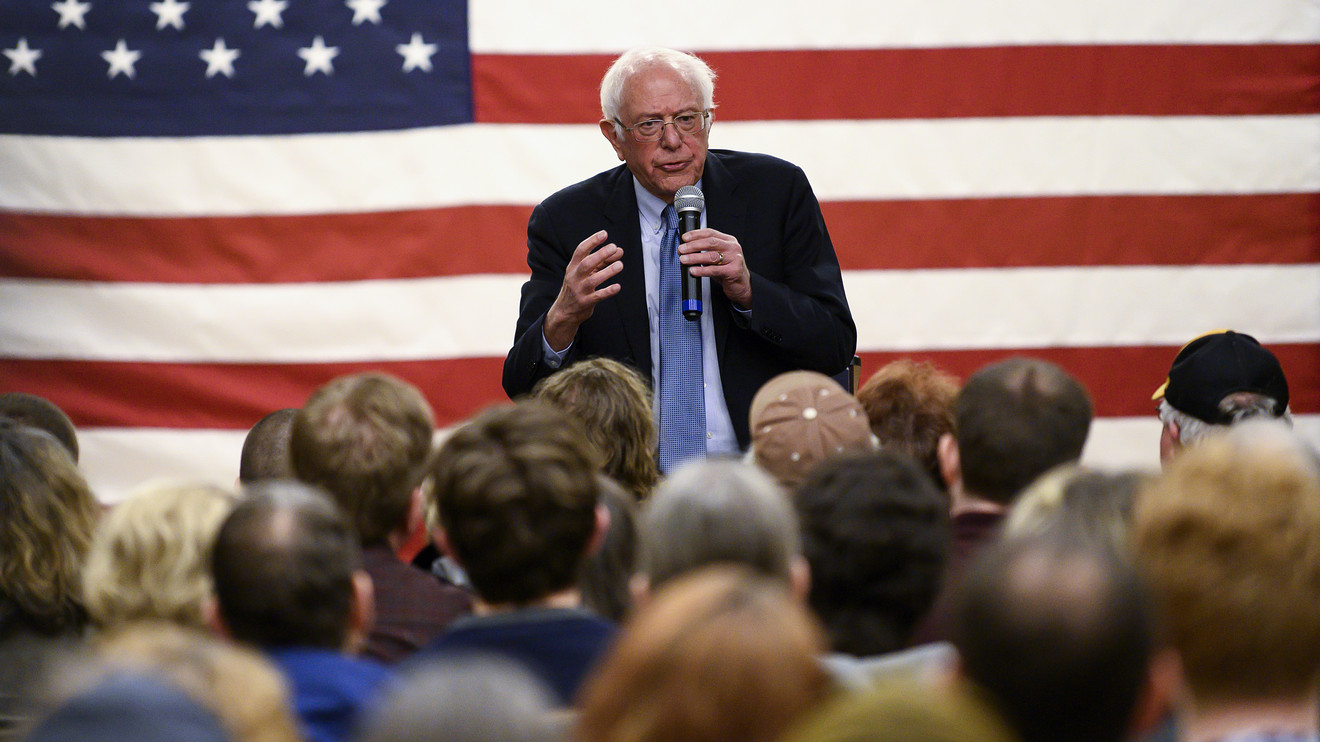 Here’s one theory why Bernie Sanders is leading in the polls in New Hampshire.

It may also explain why billionaire bond investor Jeffrey Gundlach, who is no socialist, said this week he can see the socialist Vermont senator winning the Democratic nomination and, maybe, even winning the White House.

A new survey released Thursday by the Pew Research Center found that economic inequality is a big issue with voters, and not just liberals. Americans across the board today see income inequality as a bigger problem than illegal immigration — the issue that Donald Trump rode to the White House in 2016.

Some 61% of adult Americans told Pew that there is “too much” income inequality in the U.S., and 42% said reducing income inequality should be a “major priority” for the federal government — three percentage points more than those who said the same thing about reducing illegal immigration. (The figure rose to 78% when only accounting for those who lean politically to the left.)

David Paleologos, director of the Suffolk University Political Research Center, says the economy can be a complex issue in an election. On the one hand, the rising stock market is good for Trump, Paleologos says. On the other hand, “income inequality, and wealth inequality, is most pronounced when the stock market is doing well,” he said.

Reducing gun violence (58%) and addressing climate change (49%) rounded out the top five. Dealing with terrorism, a law and order issue that typically favors conservatives politically, was ranked second, with 65% saying it should be a top priority for Uncle Sam.

Sen. Bernie Sanders and Massachusetts Sen. Elizabeth Warren have both made big campaign issues out of fighting economic inequality and making health care cheaper for more people. According to the latest polling, Sanders leads in both Iowa and New Hampshire and is in second place nationally among Democrats behind Joe Biden. Warren is third nationwide, and fourth in the two early voting states.

The 1% are leading very different lives to everyone else

This follows a separate study released Monday by Harvard’s T.H. Chan School of Public Health, which shows why economic populism is so politically popular at the moment.

“Life Experiences and Income Inequality in the United States,” a report from Harvard’s Chan school, the Robert Wood Johnson Foundation and National Public Radio, is based on a survey of 1,885 adults in July and August of last year. It found that households in the top 1% of the income distribution — essentially, those earning more than $500,000 — are essentially leading completely different lives to the other 99%.

8% of those earning over $500,000 a year had experienced problems with medical, dental or prescription drug bills in recent years vs. 48% for the middle-class.

“Most of the top 1% highest income adults say they are very satisfied with their lives overall, their finances, their housing, their education, and their jobs,” the study reports.

Just 8% of those earning more than $500,000 year had experienced serious problems with medical, dental or prescription drug bills in recent years. The figure among the middle class, meaning those earning $35,000 to $99,000 a year, was 48%.

There are, however, data points in the survey that complicate the political picture. Conservatives and moderates will note that the attitudes of Americans appear to vary much less than their economic situations. The poor and the middle class were about as likely as the very rich to say that hard work was a key component to success in modern America.

Meanwhile, the rich were almost as likely as everyone else to accept that growing up in an affluent neighborhood, having wealthy parents, and having well-educated parents all played a big role as well, the study added. Some 56% of the poor, and 82% of the middle class, thought they had either “achieved the American dream” or were on their way to achieving it.

Bottom line? For “savvy Democratic candidates,” Paleologos says, the strategy is: “If the market is up, talk about wealth inequality; if the market drops substantially, talk about the president’s failing economic policies.”