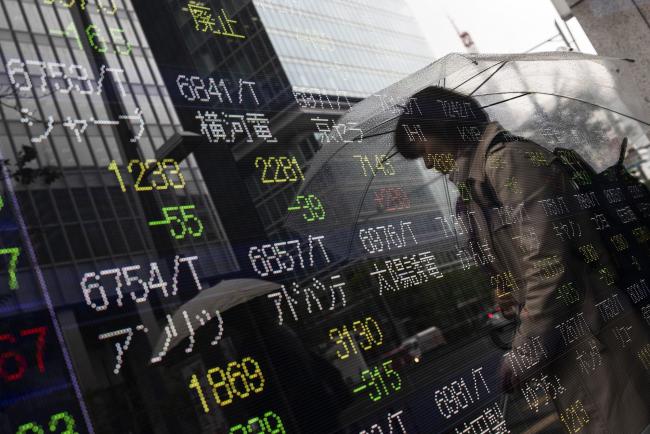 (Bloomberg) — Asian stocks and U.S. equity futures pared losses and came off its highs after Iran assured that its strike on U.S. facilities in Iraq Wednesday didn’t mean it was seeking a war, and President Donald Trump declared “all is well.”

Traders coped with a volatile session, with futures on the S&P 500 Index tumbling as much as 1.7% in the wake of Iran’s rocket attack on two U.S.-Iraqi airbases. Japan’s stocks slid as much as 2.4% at one point, and crude oil soared 4.7% in New York; gold punched through $1,600 an ounce for the first time since 2013. Hopes that hostilities might be done for now then triggered a reversal of much of those moves. U.S. futures were down just 0.2% by 1 p.m. in Tokyo, with oil up 1.4%.

Wednesday’s action paralleled market moves on Friday and Monday. Investors dumped risk assets and flocked to havens Friday after the U.S. killed a top Iranian military leader. Then those moves reversed on Monday, even amid warnings against retaliation.

Further volatility came on news of the crash of a Boeing (NYSE:) 737 jet after take-off in Iran. U.S. stock futures slid and the yen rose, though those moves also faded after a report that the crash was due to a technical issue.

Key now is whether geopolitical risks can subside enough for attention to shift back toward the economic outlook. The U.S.-Iran tensions are developing against a backdrop of an improving picture for global trade, with a Sino-American trade deal expected to be signed next week. Manufacturing meantime remains weak, while job markets are solid across major economies.

“Though we’ll see the market react to the latest strike today, we don’t see that as a long-term risk-off theme,” said Chen Haoyang, a managing director at Shanghai Leader Capital Co. “We are and have been long on gold for the past year as we have been taking a cautious view towards the global economy, with the debt cycle nearing its end. Because we already have so much exposure we are not adding more with these new developments.”

Read here for more on the ongoing market impact:

Here are some events to watch for this week:

These are moves in major markets: