Home
Stocks
Key Words: Joe Biden won’t promise he would be president for just one term: ‘I’m not even elected to one term yet’
Prev Article Next Article
This post was originally published on this site 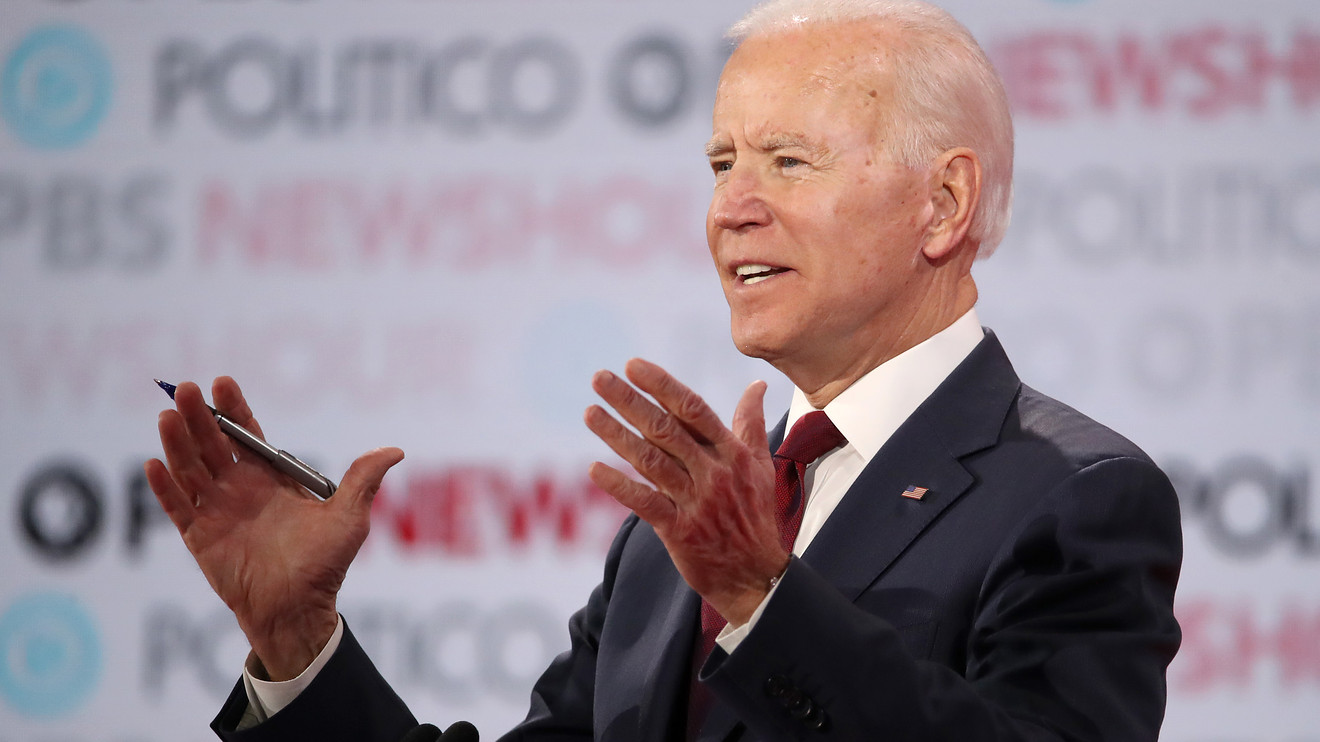 Democratic presidential front-runner Joe Biden refused to promise at Thursday night’s debate that he won’t seek a second term if his White House run is successful.

“No, I’m not willing to commit one way or another,” the 77-year-old former vice president said after a moderator asked him about making a pledge to just serve one term.

Biden went on to say the following:

‘I’m not even elected to one term yet, and let’s see where we are. Let’s see what happens.’

His response at the Democratic presidential debate in Los Angeles comes after a Politico report earlier this month said Biden has been quietly signaling that he almost definitely won’t seek a second term.

See: Biden is quietly signaling he would be president for just a single term, report says

The report quoted unnamed advisers to the ex-veep who addressed the one-term idea, including one adviser who said: “This makes Biden a good transition figure. I’d love to have an election this year for the next generation of leaders, but if I have to wait four years [in order to] to get rid of Trump, I’m willing to do it.”

And read: Sanders says at LA debate that he won’t vote for USMCA

The report also said Biden wasn’t pledging publicly that he’ll be a one-term president as he and his advisers fear that could turn him into a lame duck and cut into his political capital. Biden would be 82 on 2024’s Inauguration Day.