Home
Stocks
The Wall Street Journal: Trump ally Thiel has advised Facebook’s Zuckerberg not to bar or vet political ads
Prev Article Next Article
This post was originally published on this site

Facebook Inc.’s senior leadership is increasingly divided over how to address criticism of the company’s effect on U.S. politics, with board member and billionaire investor Peter Thiel serving as an influential voice advising CEO Mark Zuckerberg not to bow to public pressure, according to people familiar with the matter.

One flashpoint of late: political advertisements. Thiel has argued that Facebook should stick to its controversial decision, announced in September, to continue accepting them and to not fact-check those from politicians, the people said. However, some directors and executives are pushing for changes to the policy, including possibly banning political ads altogether, they said. 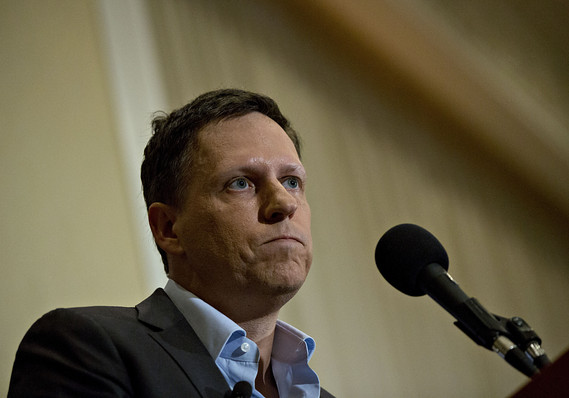 Peter Thiel, co-founder of PayPal and a noted Silicon Valley early-stage investor, pauses while speaking during a 2016 news conference at the National Press Club in Washington, D.C.

Zuckerberg and other Facebook FB, -0.06% executives have said publicly that the company continues to consider potential changes related to political ads.

“Many of the decisions we’re making at Facebook come with difficult trade-offs and we’re approaching them with careful rigor at all levels of the company, from the board of directors down,” a Facebook spokesman said. “We’re fortunate to have a board with diverse experiences and perspectives so we can ensure debate that reflects a cross section of views.”

An expanded version of this report appears at WSJ.com.

Amazon backs away from use of FedEx Ground for Prime orders