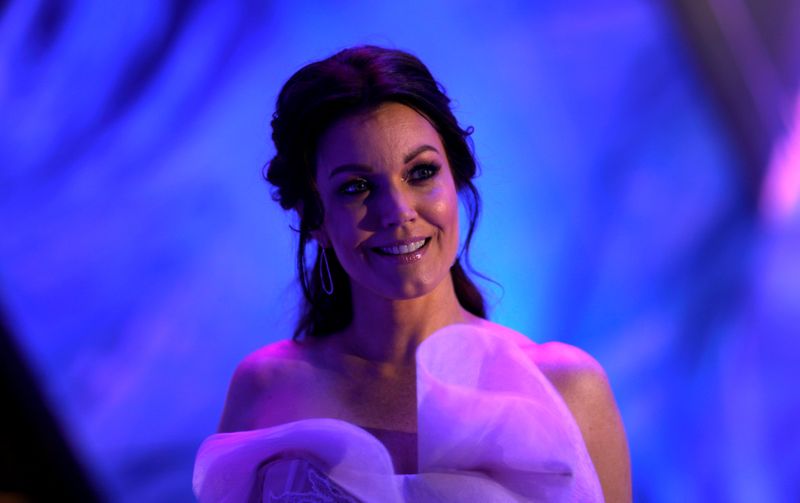 NEW YORK (Reuters) – The United States may not have had a woman president quite yet, but on TV it certainly has. One of those was Mellie Grant, the character played by Bellamy Young on the Shonda Rhimes hit “Scandal” before it ended last year.

Now one of the stars of the Fox show “Prodigal Son,” Young spoke with Reuters about making it in Hollywood.

Q: People might not know this, but you are a big numbers person who studied physics at Yale?

A: I grew up in Asheville, North Carolina, and my dad was actually a tax man, an auditor for the state. I vividly remember him with his adding machines, writing stuff down, and my happy place was beside him. I got my love of numbers from him, from a very early age. He was always very clear about what comes in, and what goes out, and how to stay in the black.

Q: What was your first job when you were a young actress starting out?

A: My first office job, after I moved to New York City, wasn’t so successful. It was on Pearl Street, near Wall Street; they moved me around different parts of the office for a week, and I had no discernible skills at all, so they sent me on my way.

Q: What did you learn about money, during those lean early years of acting?

A: I was lucky enough to be booking enough jobs, so the main challenge was to keep the nut low and to have a long-term view. If you are determined and pragmatic, you can get by. Of course I couldn’t afford much of anything at the time. I remember I lived with a bunch of people, and I had a bike lock on the door to my room.

Q: Once you got your big break, how did you handle financial success?

A: I have a wonderful business manager, who I love talking with, and learning from, and making decisions under her tutelage. But I have always been a girl who loves to balance her checkbook. I love to know what’s coming in and what’s going out; that still lives inside of me.

As an actor, I have had intermittent employment for my whole life, so you have to be very aware that now is not forever. As I get older there are financial things to consider, so you have to have a macro plan in place, hopefully without sacrificing joy.

Q: What philanthropic causes do you help support?

A: Back in the day, I was a big scholarship kid because of financial need. So when I was graduating from college, I got a note from the school’s bursar, saying: ‘Here’s the name of the person who put you through college – maybe write him a thank-you note.’ His name was Richard Light. I got to meet him at the age of 93, before he passed away.

I got to thinking, ‘What must that feel like, to put people through college?’ So now I have established a scholarship at Yale.

Q: Looking down the road, have you thought about what your own retirement is going to look like?

A: For an actor, not having a job is the most stressful thing of all. So work is my vacation. When I get a job, my shoulders drop three inches and I’m ready to go; I don’t get tired. I can’t imagine life without work, so retirement is a four-letter word for me.

Q: What life lessons do you want to pass along to the next generation?

A: Love is the most important thing. Be kind. Be wise. And don’t believe all the noise out there – truth comes from your heart.