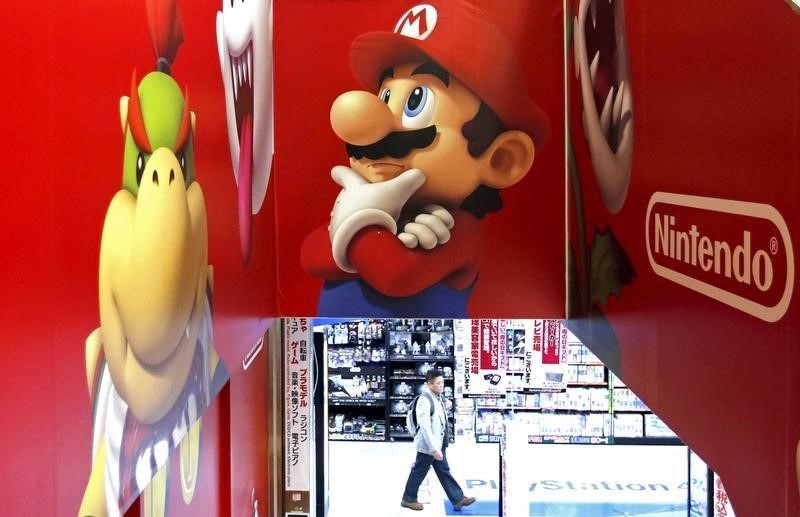 (Bloomberg) — Only a few days after Nintendo Co (T:).’s Switch made its long-anticipated entry into China, one analyst is making a bullish case for Mario and Zelda’s prospects in the world’s biggest gaming arena.

Nintendo could sell as many as four million Switch units in China in the fiscal year ending March and 12 million units of software, London-based tech equity researcher Pelham Smithers wrote in a note to clients. That could add as much as 23 billion yen ($212 million) to the Kyoto-based company’s full-year operating profit, Smithers said.

Nintendo and its local partner Tencent Holdings Ltd. began selling the Switch console in China on Dec. 10, a move that has excited Nintendo investors hopeful of tapping a new market. But the optimism has been tampered by the historically lackluster performance of Sony Corp (T:).’s PlayStation and Microsoft Corp (NASDAQ:).’s Xbox consoles, which have had several years to crack the market where smartphones are the dominant gaming platform. Video game giants are also hampered by Beijing’s insistence on vetting all games, which limits the library available to fans and slows new releases. At launch, the Switch only had one state-approved game to play.

“While the history of the game console in China is not a happy one, lack of success is not necessarily down to lack of interest on the part of the consumer,” Smithers wrote in the report. “After all: if China’s consumers didn’t play console video games, the authorities wouldn’t have bothered banning them in the first place.”

Nintendo’s signature device is selling for 2,099 yuan ($298), about the same as elsewhere around the world. Mario Kart 8 Deluxe, Mario Odyssey and Super Mario Bros. U Deluxe have been green-lit by the government. Nintendo is also preparing to introduce the Switch Lite — a cheaper version of the console intended to boost the device’s mainstream appeal — to China at a future date, development partner Tencent said in a social media post last week.

Sales of the Switch might have topped 50,000 units on launch day, according to market researcher Niko Partners, which gathers data from online retailers. Some 20,000 units were sold via JD.com and another 10,000 through TMall, it said in a report. Niko Partners forecasts the sales will reach 100,000 units by the end of the year, far below the 1 to 2 million estimated by Smithers.

This isn’t Nintendo’s first attempt to crack the market. Official console sales in China remain a fraction of the overall gaming arena, as region locks and delayed hardware releases push gamers toward imported options. Nintendo confronted similar challenges in attempts to enter China dating back to 2003. It tried to sell, via a joint venture, its Game Boy Advance, Nintendo 3DS and a peculiar China-only portable console called iQue Player. Rampant piracy and slow game launches made those products unappealing.

Elsewhere, Nintendo’s Switch retains its popularity three years after its launch, in an industry where consoles are often revamped every half-decade or so. The company has so far stuck with a conservative outlook for 18 million Switch units this fiscal year. Smithers thinks full-year sales outside of China could range between 20 and 21 million.

The company’s shares have climbed more than 50% this year on the anticipation of the Switch’s China debut, the release of a smartphone edition of the Mario Kart franchise and the launch of the cheaper Switch Lite. Nintendo is likely to revise upwards its full-year earnings forecasts when it reports results in January, which could tempt some investors to sell and lock in gains, Smithers wrote.

“Even if it doesn’t, this quarter’s figures should impress,” he said.