Home
Market
Investors wary as social unrest spreads from Hong Kong to Santiago
Prev Article Next Article
This post was originally published on this sitehttps://i-invdn-com.akamaized.net/trkd-images/LYNXMPEFAA0E8_L.jpg 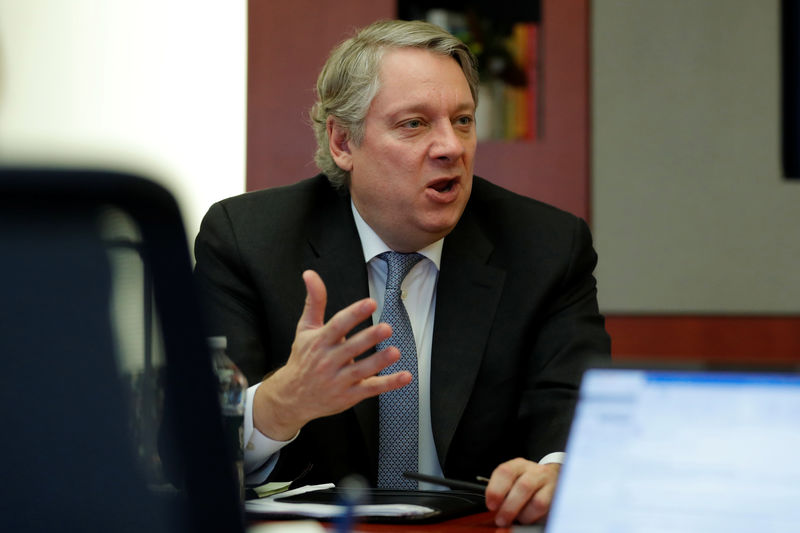 NEW YORK (Reuters) – Social unrest worldwide is alarming some global investors, who say protests from Hong Kong and Lebanon to Chile are forcing them to be more cautious even though the impact on financial markets has been spotty so far.

Investors at the Reuters Global 2020 Investment Outlook Summit last week were particularly concerned about Hong Kong, where pro-democracy protests have been raging over the past six months. Some said they saw a theme building up with factors such as the impact of globalization, wealth inequality and climate change creating political uncertainty over the next five to 10 years that would influence markets.

“It is a risk that is with us and at these quite stretched financial market valuations it causes us pause and leads us to be more cautious in markets than we would be otherwise,” said Dan Ivascyn, group chief investment officer at PIMCO, one of the world’s largest asset managers.

For him, “this more extreme global political friction is here to stay.” Michael Novogratz, the hedge fund manager turned crypto-currency and blockchain investor, said global protests have a unifying theme. “Globalization was the global narrative that we all bought into up until 2015,” Novogratz said at the Summit in New York.

“Then with Brexit and (the U.S. election of nationalist Republican Donald) Trump and now the insurrection in Chile and Hong Kong … all of this is happening because we lost true north as a planet. And we’re waiting till the new narrative shows up.”

Wealth created since the Great Recession has disproportionately gone to those who rely on their money to make more money, while those who must work for it have stagnated. In market-speak, return on capital has been much higher than return on labor, widening the gap between those who have and those who don’t.”Trump got elected, Brexit happened, because the bottom half got gutted, the middle class got gutted,” said Novogratz. “To me it means we’re going to need more redistribution, somehow, some way.”

To be sure, the reaction from financial markets to the unrest has so far been patchy.

Chile’s stock market (), for example, posted in October its largest monthly decline in nearly two years. Over the weekend, President Sebastian Pinera acknowledged “abuses” in the handling of massive social protests that have shaken the country for three weeks.

Meanwhile, the major U.S. stock indexes closed Friday at all-time highs.That is because the relatively small economies with conflicts have not yet forced a widespread modification of strategies among the largest investors.

Absent a violent crackdown from China in Hong Kong, the current situation is not “enough to influence the major economies, the major-goods trades going on,” said Anne Mathias, a senior strategist for global macro, rates and foreign currency at Vanguard.

Mathias said the idea of these protests as a harbinger of a global movement does not worry her. “I respect everything that is going on. I would worry, I think, if the Chinese did something aggressive in Hong Kong.”

Other investors said the protests have long-term implications.

“We are concerned about the social impact of what has occurred since the global financial crisis,” said Mark Konyn, chief investment officer of insurer AIA, at the Summit in Hong Kong.

“That is a long-term theme that does concern us, and ultimately it must have an impact on corporate governance, the role the companies have within the broader community,” he said.