Home
Stocks
Travel: This couple dreamed about frugally traveling around in a van — until reality smacked them in the face
Prev Article Next Article
This post was originally published on this site

Traveling the country, driving past cornfields and mom-and-pop shops until you reach the Grand Canyon. Pulling up the trunk, kicking off your shoes and cracking open a cold one, while dangling your feet into the dusty summer air. Sleeping under twinkling lights. Seems like a picture-perfect life, maybe even one built for Instagram, right?

It’s known as #vanlife — that is, traveling, or even living full time, in a van — and it’s seductive. At least it was for Lisa, a 43-year-old mother of one who works in pharmaceuticals, and her husband, a filmmaker.

Before they got married in their 30s, Lisa, who lives in Lancaster, Pa., became more interested than she ever had been before in personal finance. She started to follow money blogs and read about icons like Suze Orman. She even started her own blog, called Mad Money Monster, to chronicle her life as she sought to get fiscally fit.

Eventually, her research led her to Facebook FB, +0.22% groups centered on “van life,” a frugal way of living in which people give vans makeovers and turn them into miniature homes.

There are more than 5.4 million posts on Instagram to date, organized under the hashtag #vanlife. The New Yorker covered the trend in 2017, calling it “The Bohemian Social-Media Movement.” There are 35,000 members of a Facebook group called #VanLife, another 29,000 in one called Van Life: Dwellers, Nomads & Vagabonds, and thousands more in other groups going by similar names.

Of course, it’s hard to tell whether those groups are based on people actually traveling in vans, or merely dreaming about it. 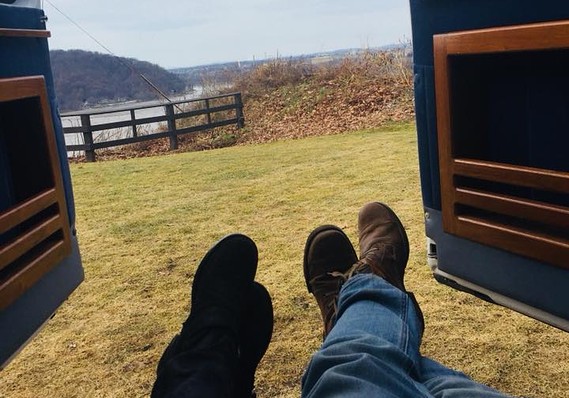 Lisa and her husband enjoyed van life for a time.

The groups showed “how beautiful your life is going to be if you live in a van, you work remotely, you wake up to a sunset and coffee in your hand,” Lisa, who doesn’t use her last name online to protect her anonymity, said.

Indeed, on social media, living in a van can look positively glamorous: waking up to a sunrise, escaping the grind of city life, taking to the road with, say, a dog and a map.

The #vanlife movement has a lot of overlap with the “FIRE” movement, which stands for “financial independence, retire early.” At the core of both: a belief that material things don’t make you happy. Ditching your earthly belongings and consolidating, maybe down to living in a van full-time, is where real meaning is, and work doesn’t have to mean sitting at a desk 24/7.

See also: Want to retire, but can’t quite yet? Welcome to ‘barista FIRE’

Of course, in both movements, things can go wrong.

Lisa wasn’t naive. She grew up living in a trailer, but seeing others live and travel in Airstreams still seemed exciting, she said. 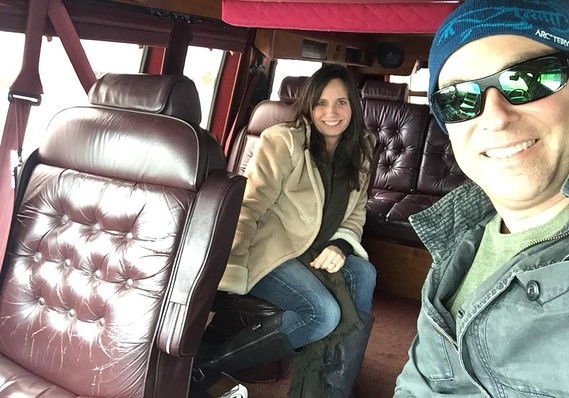 Lisa and her husband, giving #vanlife their best shot.

So, about two years ago, she brought it up to her husband.

“He said, ‘I’ve always wanted to do that, travel the country in a van,’ ” she said. “It sparked this intense, exciting weekend-long discussion.”

They started to nail down the details. They wouldn’t travel full-time; with their daughter and full-time work schedules, that wouldn’t be possible. But they could at least live that #vanlife on weekends and on vacations. 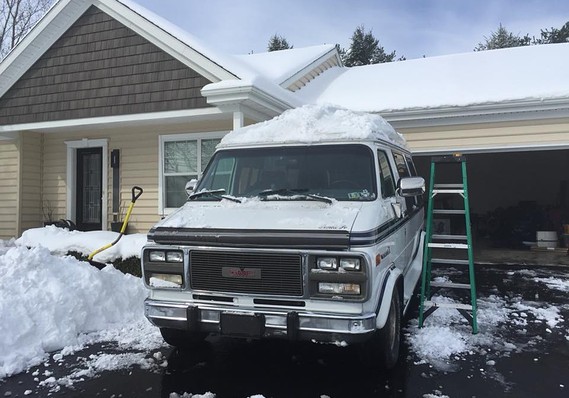 Van Halen, in all its glory.

They took out the back seats and made it into a platform bed themselves, with storage space underneath. They even installed a “luxury” mobile toilet.

Their first big trip would be from Lancaster all the way to the Grand Canyon, Lisa said, during the summer months when their daughter had vacation from school.

“But the more you look into things, reality slaps you in the face,” she said. 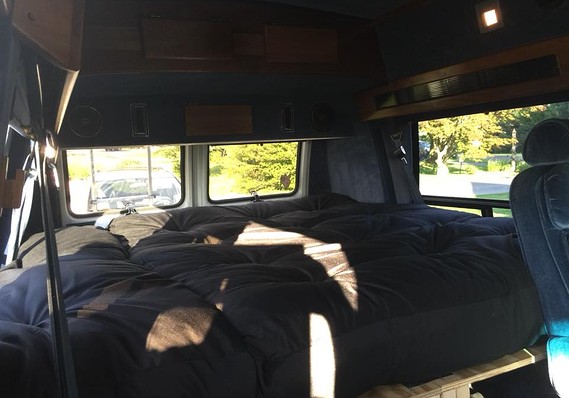 Sleeping inside the van wasn’t as comfortable as the family had hoped.

Lisa started to see posts in her #vanlife Facebook groups about solar energy, and how to charge phones “when we’re in the middle of nowhere,” which seemed concerning, she said. Others mentioned needing mechanical tools and prowess, in the event that a van breaks down, and she and her husband lacked that.

Even worse, “We started to see people post things about safety, and that you need to have mace or a gun, and if you have a gun you can’t carry [it] across state lines,” she said. “That started to really spook me, especially traveling with a young girl, our little daughter.”

Even if an emergency situation were unlikely, it still “spooked” her, Lisa said.

Then she started thinking about the time of year. “I like to be comfortable,” she said. “If we’re going to stay in this van, how am I going to sleep when it’s June? I don’t care if we’re in Lancaster — no matter where you are, it’s hot.”

Suddenly, she found herself looking into the cost of campgrounds. With electricity and water hookups, some of them were almost as costly as hotels, creeping up to $50 or $60 a night, she said. Plus, they’d have to pay for gas to put into Van Halen along the way.

“When I added all those costs up, it was cheaper to fly,” Lisa said.

Still, she didn’t give up. Maybe the Grand Canyon was too ambitious, but they could do a quick camping trip to the Poconos, she thought.

“We had our toilet in there, the luxuries, the lights,” Lisa said. They stayed on friends’ property. In the middle of the night, Lisa’s husband kept hitting his head and felt too uncomfortable to sleep in the van.

Lisa tried to sleep in the van three more times, once with her daughter in the driveway of their house.

She dreamed about a trip to Vermont, to see the fall foliage. But soon she found herself checking out properties on Airbnb, and thinking that might be a better accommodation for their three-member family.

She threw in the towel. The family sold the van and kissed their initial plan goodbye.

“We really had visions of making this part of our life,” she said. “It was a hassle, but at least we didn’t lose money.”

They were able to resell the van for a few hundred dollars more than they’d bought it for.

“We’re so glad we tried it,” she said. “We’re not the typical van-life people. We have a daughter, we have a house. Maybe if you’re a 20-something who doesn’t have those ties, it’s going to be different.”

Her advice for those dreaming about the #vanlife: Try it out first. “I would say rent something, or borrow a friend’s, or something like that,” she said. “At least do a weekend overnighter.”