Home
Stocks
Order! Order! Bercow twisted words and convention to his own ends
Prev Article Next Article
This post was originally published on this site 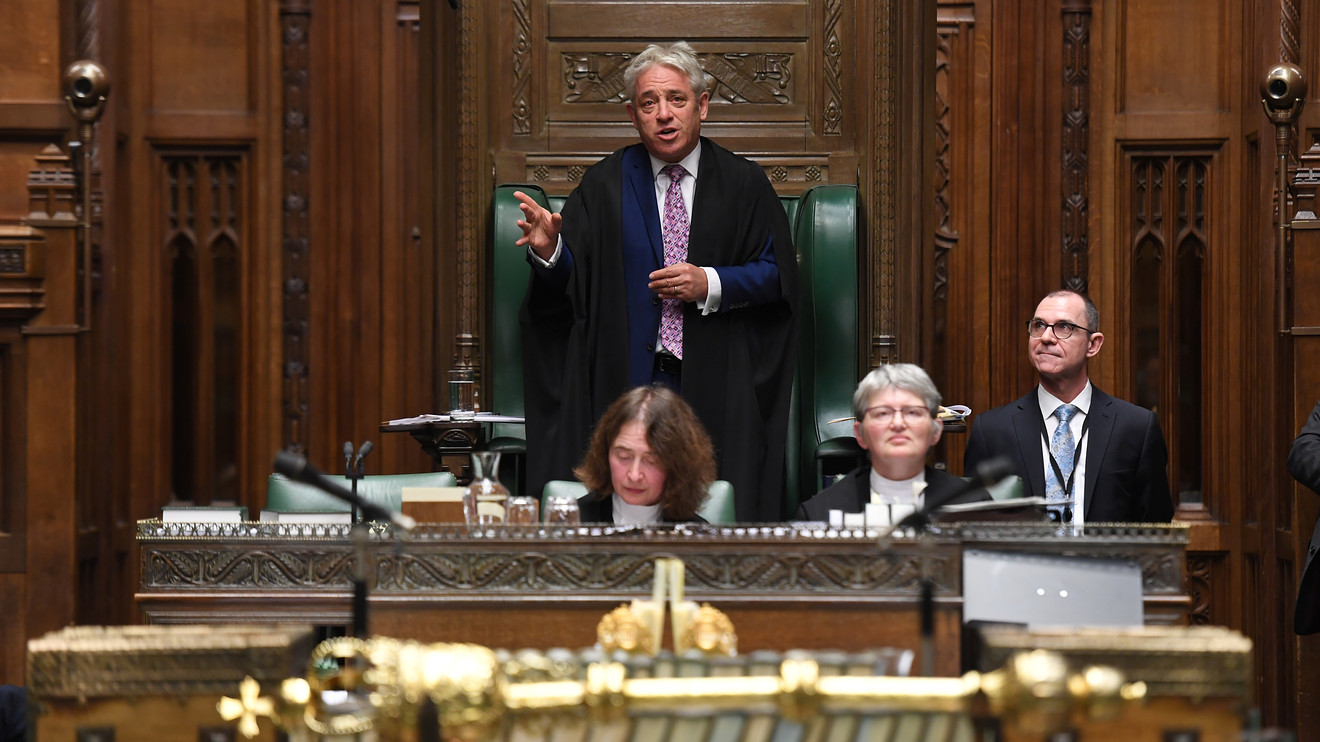 He is one of the most divisive characters in politics.

A showboating lawmaker accused by his critics of hijacking the course of a country with his controversial decisions and verbal grenades. No, this isn’t Donald Trump, the U.S. president, but Speaker John Bercow, the umpire of Britain’s Parliament who stepped down Thursday.

The 56-year-old Conservative Party politician has become one of the most recognized names in U.K. politics for all the wrong reasons.

He had held the position for 10 years in what some feared would be a never ending stint as the lead referee in the debating chamber at the heart of U.K politics.

He reveled in preventing the government from taking control of the Brexit process, favoring three years of protracted debate and scrutiny of the U.K.’s exit from the E.U.

Previous speakers took pride in steering an almost invisible path to facilitate debate among Britain’s political class, but Speaker Bercow strove to achieve the opposite.

Short in size but big of mouth, he will be best remembered for crimes against the British language. His verbal gymnastics and strangulation of the Queen’s English spawned a raft of viral video clips that have circulated the world.

He almost weaponized the words “Order! Order!” to ensure he was center of attention at moments of maximum impact, an estimated 14,000 times, during his tenure.

The MP for Buckingham, a constituency just north of London, had a reputation for dusting off words that haven’t been used for centuries and firing them into the chamber to anyone who would listen.

The role of speaker dates back to 1258 when Peter de Montfort, an English magnate, soldier, and diplomat, presided over Parliament which at that time met in Oxford, an hour west of London.

Bercow has cut a controversial path. He will be remembered for allegations that he bullied his own staff, claims he has denied. When Trump announced he would be visiting Britain, Bercow claimed it was not an automatic right that the leader of what is arguably Britain’s most important ally would be allowed to address Parliament. There was no such reservation when China’s President Xi paid a visit.

Most significantly he twisted convention to what some critics claimed suited his own political agenda. Remain-voting Bercow permitted rebel MPs to take control of the Commons agenda to block a no-deal Brexit.

Prime Minister Boris Johnson reportedly took the unprecedented step of snubbing his leaving party by allegedly refusing to attend. He did manage to say a few farewell words suggesting Bercow had “the longest retirement since Frank Sinatra” and had “done more than anyone since Stephen Hawking to stretch time in this session.”

One candidate vying to replace him, Tory MP Sir Edward Leigh, claimed Bercow was “perceived by a large part of the nation not to be impartial.”

READ: Race is on to replace John Bercow as Commons Speaker

After allowing two hours of tributes the speaker bowed out strangling the words “Orrrder! Orrrder!” one last time.

The future for Bercow is unclear. He has been tipped for the lucrative after-dinner speaking circuit in America. He might no longer be Speaker, but you can be sure his voice will continue to be heard.