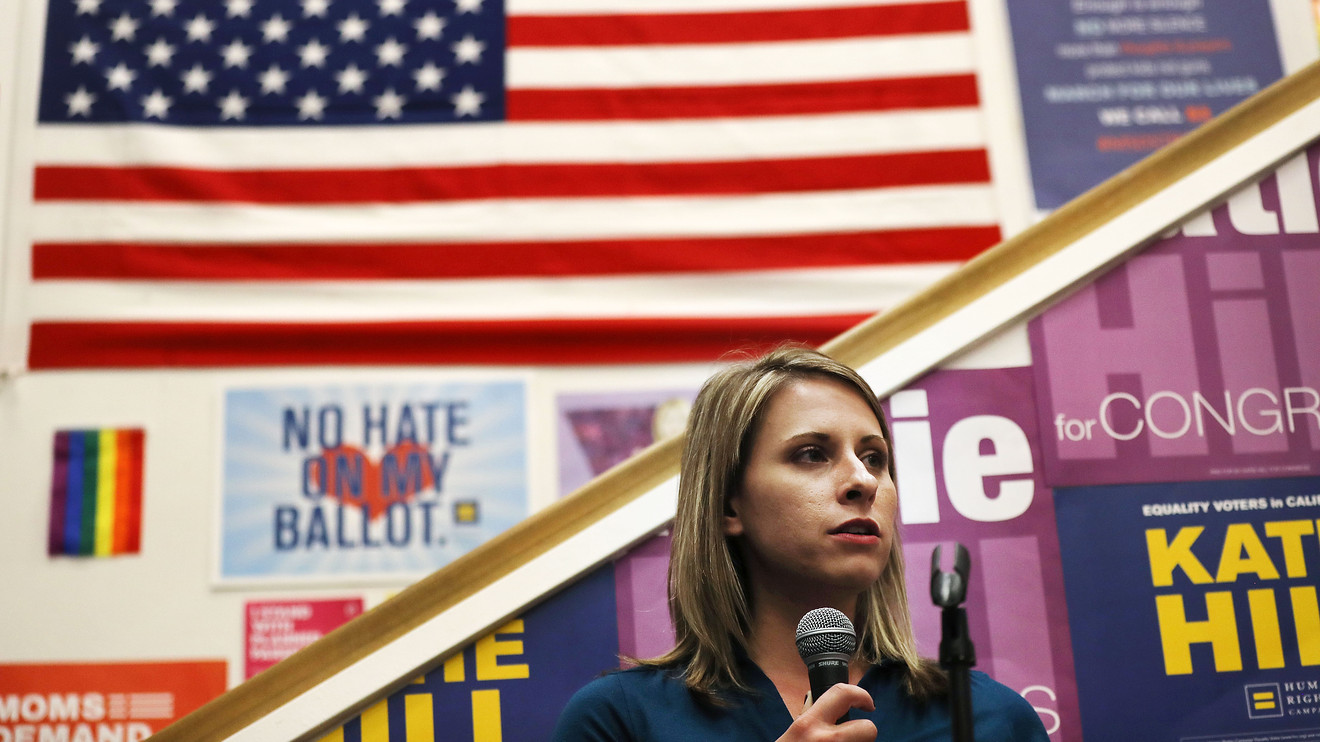 As many people fixated on her alleged affairs with staffers, outgoing Rep. Katie Hill (D-Calif.) pledged to fight a different factor driving her resignation: cyber exploitation.

The freshman representative for California’s 25th district announced Sunday that she would resign from Congress, after admitting to a sexual relationship with a female campaign staffer — which she called an “inappropriate” consensual relationship with a subordinate — and denying an alleged affair with a male congressional aide, which is under investigation by the House Ethics Committee.

But in the midst of the scandal, the conservative website RedState.com and The Daily Mail, a British tabloid, also published intimate photos of 32-year-old Hill — an act she deemed “cyber exploitation” and “an appalling invasion of my privacy.” Hill laid blame at the feet of her “abusive” estranged husband and “hateful political operatives,” and said she would pursue all available legal options.

‘Now, my fight is going to be to defeat this type of exploitation that so many women are victims to and which will keep countless women and girls from running for office or entering public light.’

“Those of you who know me personally know that I’m a fighter,” Hill wrote in a resignation letter. “Now, my fight is going to be to defeat this type of exploitation that so many women are victims to and which will keep countless women and girls from running for office or entering public light.”

But those figures soar for young women: Some 10% women below age 30 have been threatened with the possibility of nonconsensual public image-sharing versus 3% for men under 30.

“Perpetrators of domestic violence and trafficking employ it to control women, to keep them captive, to keep them quiet,” they wrote in The Guardian newspaper. “Trolling tells women (and others) that the digital space, a communal space, is not for their voices. Gendered hate speech online actively restricts the free speech of women.”

Another response to the most recent case involving Katie Hill from Charlotte Clymer, the rapid-response press secretary for the Human Rights Campaign, an LGBTQ advocacy organization, drew attention to a gendered double standard and discrimination against Hill’s bisexuality.

Such nonconsensual pornography is linked to negative mental-health outcomes, social isolation and damage to personal relationships, according to a 2016 article published in the Journal of the American Academy of Psychiatry and the Law.

46 U.S. states and D.C. have passed laws barring nonconsensual pornography. The law in California, Hill’s home state, makes revenge-porn cases hard to prove and categorizes it as a misdemeanor.

Hill’s campaign did not immediately respond to MarketWatch’s questions about Hill’s plan to pursue legal options and her vow to tackle the exploitation issue in the future. Politico previously obtained a cease-and-desist letter from Hill’s attorneys to the Daily Mail.

Hill retweeted TWTR, -0.70%  defenses of herself on Sunday and Monday. One came from writer and lawyer Jill Filipovic, who suggested critics of Hill were missing the point.